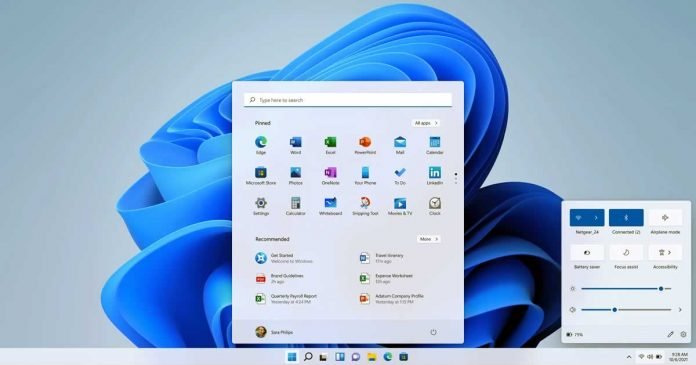 The long journey towards Windows 11 has begun. Microsoft already presented a first preview build of the new operating system.

This Monday, Microsoft has launched the first beta version of the new operating system, allowing all Windows Insiders to start working with the version that it will launch commercially in a few months and from 2022 as a free update on Windows 10 systems that meet the minimum requirements.

Version 10.0.22000.51 can be downloaded for all members of the dev channel. To download Windows 11, you will need to enrol in the Windows Insiders program. To do this, go to Settings> Updates and Security> Windows Insider Program. Once registered, you will be able to download Windows 11 as if it were one more update in the settings of your computer.

This first Insider Build of Windows 11 includes many of the changes announced by the company — the new start menu, multitasking options, the new Microsoft store, the new file explorer, etc. However, two significant features are not present during the presentation event — integration with Microsoft Teams and support for Android applications in Windows.

The first Insider Preview brings further interesting innovations. A dynamic refresh rate (DRR) is supported, at which the system can switch between 60 and 120 Hz. In dynamic mode, the OS should switch to 60 Hz when writing content, for example. When a web page is scrolled, the full 120 Hz is turned on.

It is becoming more and more clear how unfinished the previously leaked build of Windows 11 actually is — the new Insider Build shows a revised settings menu, which takes on an improved energy overview and the fluent design-inspired user interface and icons.

As always, it is not recommended to download Insider Build of Windows 11 and install it on a machine with which you work daily, since, being a development version, it is possible to encounter various errors or stability problems.