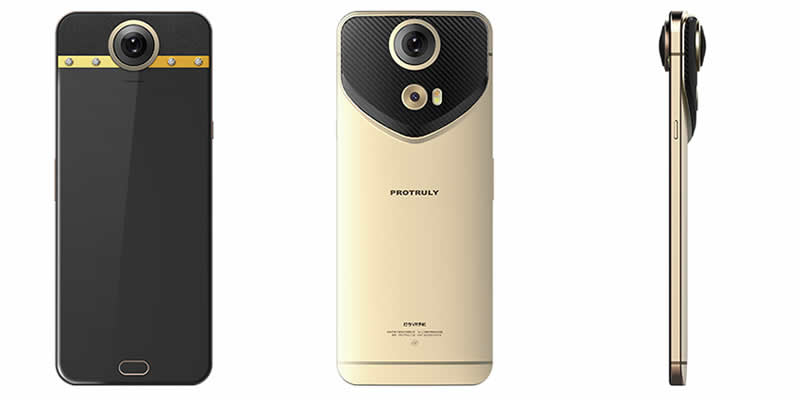 Virtual Reality (VR) became one of the most trending topics in modern tech world. VR content is now much easier for the average consumer to access.

Protruly, a company with experience in making night vision equipment and video walls, showcased their Darling VR smartphone, at the China Hi-Tech Fair in Shenzhen on Thursday.

The phone is capable of taking 360-degree panorama videos and photos with the help of  a special algorithm.  Protruly Darling VR Smartphone can also broadcast 360° live virtual reality streaming.

The Protruly Darling VR Smartphone is equipped with a front and rear 13-megapixel wide-angle camera. The phone captures images from both cameras and stitches them together in 0.02 seconds for real-time viewing experience. The two cameras are very prominent and distending from the phone, but still, the phone really looks prestigious and very unique in a way.

The Darling has a 5.5″ Full HD display, powered by a Deca Core CPU running at 2.5GHz speed, as well as a powerful Mali-T880 GPU graphic processor.

The standard version comes with a price tag of $600, but Protruly is also selling a limited edition diamond and gold encrusted version, costing around $1300.