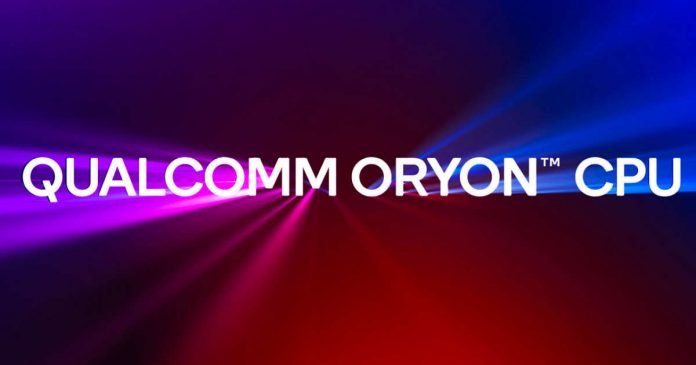 After launching the latest flagship chipset Snapdragon 8 Gen 2, Qualcomm announced its first CPU designs in several years will be marketed under the Oryon name in the future.

The architecture is to be used first on the compute platform, which is intended for notebooks and desktops with Windows on ARM.

Gerard Williams, a senior director of chip design at Apple in the past, announced Oryon himself. After leaving Apple, he founded his own semiconductor design company, Nuvia. After Qualcomm acquires Nuvia, he is now the senior vice president of Qualcomm’s engineering division.

At first, the company used the architecture of its own design based on Kryo but later switched to ready-made solutions from the Arm Cortex family. Alongside Apple and Samsung, Qualcomm is one of the few smartphone SoC developers who have designed their own CPU cores based on an architecture license in addition to ARM Cortex cores.

Qualcomm has not yet given any technical details about Oryon at the Snapdragon Summit. Qualcomm has already introduced SoC Snapdragon 8cx for Windows PC incorporating Kryo-based CPU. However, it is positioned in the mid-range and has a history of not being as good as Apple’s M series in terms of performance. So far, these Qualcomm chips have only appeared in a few high-end ultraportable PC models aimed at a very specific audience of PC buyers but have barely reached the consumer market.

However, to rewrite history, Oryon will offer the best-performance PCs, at least, that’s what the company says. Oryon will be developed by the former Nuvia team involved in the design of Apple’s A-series processor.

It was announced that Qualcomm would use the Oryon architecture for all CPU proposals of the future. From wearable to mobile devices, from Snapdragon PCs to data centres, Oryon solutions will enter the heart of Qualcomm.

However, we will still have to wait quite some time — it will presumably be on the occasion of the 2023 edition of the Snapdragon Summit that the first solutions with CPU Oryon will be announced.