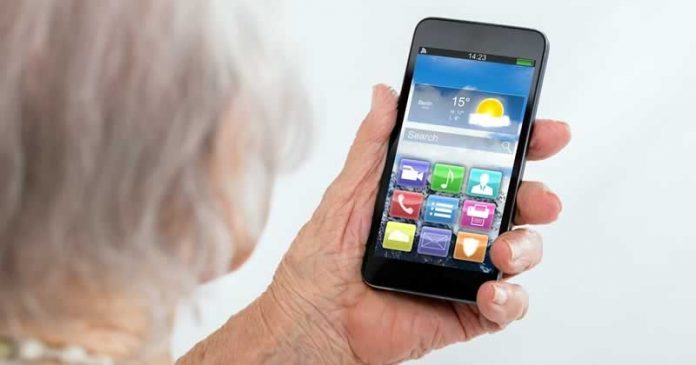 No matter how old your folks are, they still need to stay connected to the family and to the world. The problem is, not all phones manufactured today were made with the older generation in mind. So they easily get left behind in the fast-changing world of technology.

While some old folks can keep up somehow, the majority of the senior population can’t.

Good thing though that there are still mobile phones out there that most seniors can easily navigate. This way, they can still connect with you even though you live far away from them.

So if they don’t have a phone yet, or they need to replace the much older ones, below are some of the senior phones that you should be looking for your nan and pop.

These phones are the best phones for them as they are easy to learn and easy to navigate.

These phones are like the iPhones back in the day. They changed the game then when bulky phones were still the norm. If you’ve owned a Nokia phone before, you can probably attest to just how cool and fun these phones are. Especially the clickety-clackety keypads.

Good thing there are still tech giants right now who understand just how functional these keypad phones are. Especially for the older folks who can’t keep up to the fast-changing technology.

If you’re currently on the hunt for keypad phones for your nan and pop, you can check out the Alcatel 3080 or the Nokia 2020. While these keypad phones are patterned from the vintage phones, they did not come from some old warehouse or unearthed chest box.

They’re new models specifically designed with keypads and made with today’s tech. Meaning, they’re still as functional as ever.

Just take a sneak peek at their specs. The Alcatel 3080 is 4G capable and can take up to 32GB of storage. Cool, right? It’s also powered by a 1530 mAh battery. And that’s on top of the phone features that your old folks will need like messaging, calling and a little bit of browsing.

If your parents want to add a little flair to their phone experience, flip phones are the best choice. Getting a flip phone back then means you’re the coolest kid in class. But now, flip phones are more of a need. Especially for parents and grandparents. But the fun of flipping it open is still there, don’t worry!

Speaking of flip phones, the Telstra Flip 3 is arguably the best in the category. Much like the Alcatel model, it’s 4G capable but it has a slightly bigger 1600 mAh battery. They also have large and clear buttons and a decent display screen for people who already have blurred vision.

The coolest thing about it is that it has Wi-Fi so your old folks can connect to the internet. What a nice little touch!

While it’s true that most old folks would love a good ol’ functional keypad and flip phones, there are still some parents and grandparents who would love to try some new stuff, too. Some seniors can easily navigate the system of an iPhone or a Galaxy. So, mobile phones for seniors Australia don’t always have to be the vintage phones from the past.

Just look at the iPhone XR. While it’s a great starter phone for the new generation, it’s also a great senior phone for mom and dad. It sports an okay battery and a buttery-smooth screen. It’s lightweight, too!

But what makes it a great senior phone is its face recognition feature. This way, old folks don’t have to remember their passwords all the time.