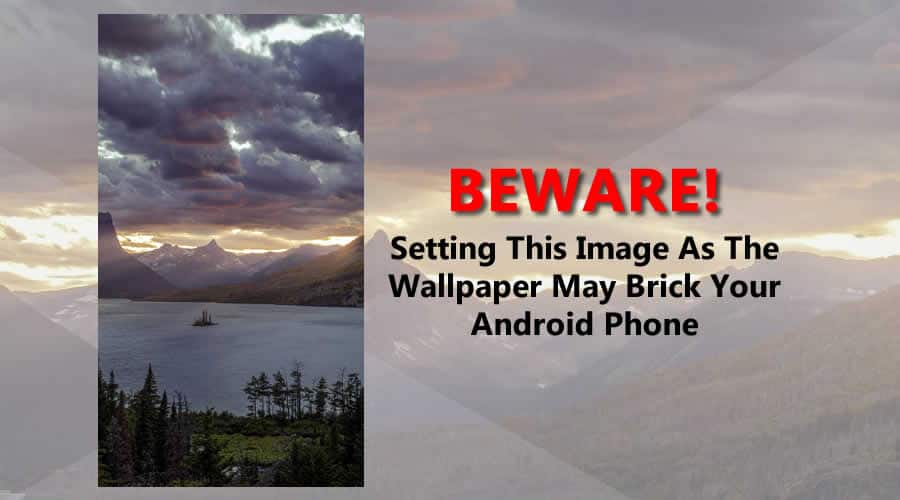 A new wallpaper image for Android smartphones is now trending on social media for all the bad reasons.

Do you believe a beautiful image with greenery, hills, and a lake with a pretty sunset as background may soft-brick your Android phone when you set it as the wallpaper?

According to users, setting this particular image as your Android wallpaper may crash your device and make it unable to reboot. And the only way to recover your phone by resetting the device from the bootloader, which will result in the loss of data.

Now you think how possibly could setting an image as wallpaper may brick the Android smartphone?

According to some Reddit and Twitter users, the image crashes an Android device is due to the color profile issue — the image uses Google’s Skia RGB profile which exceeds the bounds of what Android can handle.

Apparently, the wallpaper doesn’t crash on smartphones running on Android 11 because the latest Android version auto-convert incompatible images with the right color profile that’s not exactly the case with Android 10 and below.

According to user reports, some models for Samsung are the most vulnerable ones. Also, it looks like some devices from Google, OnePlus, Nokia, and Xiaomi are affected too.

So if you come across the image or any of your friends challenge you to set this image as your wallpaper, don’t bother to do so otherwise remove its color profile either taking a screenshot of the image or editing it.