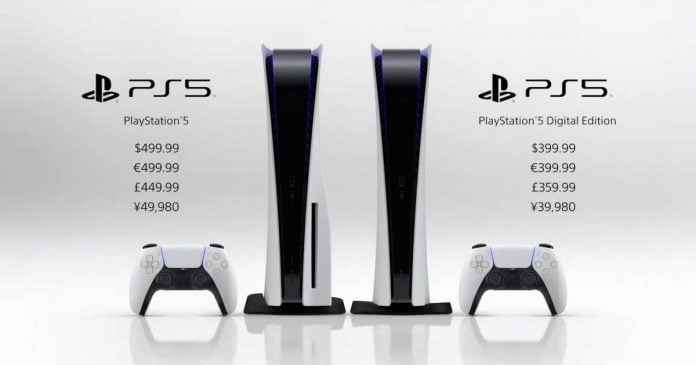 At the end of an online presentation of new games, Sony announced the price and release date of the Playstation 5.

The console will be available starting November 12 in the US, Japan, Canada, Mexico, Australia, New Zealand, and South Korea. The rest of the world (except China) will get it a week later on November 19.

The new PlayStation 5 will be available in two versions: The standard version with UHD Blu-ray drive is priced at $499, and the drive-free PS5 Digital Edition is available for around $399.

With the official confirmation from Sony, it is now clear when and which new console will be launched. From November 10, 2020, the Xbox Series X will be available worldwide for $499 and the less powerful and drive-free Xbox Series S for $299. Pre-orders of the two Microsoft consoles will be possible from September 22, 2020.