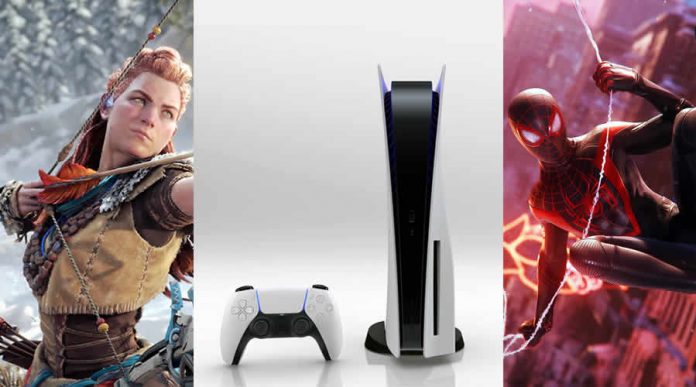 Sony finally revealed the console of the future — PlayStation 5. Along with that, the company also announced a wide range of accessories and showcased some extraordinary PlayStation 5 games.

During the PS5 launch, Sony revealed nine new third party games coming to PS5 in 2021. Apart from that, there are going to be nine other indie games.

If you missed it, then check out this article, here is the complete list of PS5 games that are going to release in 2021.

Grand Theft Auto V from Rockstar Games is going to be revamped for PS5 release in 2021. GTAV for PS 5 will feature a range of technical improvements, visual upgrades, and performance enhancements to take full advantage of the console’s powerful new hardware, making the game more beautiful and more responsive than ever. Apart from that, a new standalone version of Grand Theft Auto Online will also be available — free and exclusive for PlayStation 5 players during the first three months.

Marvel’s Spider-Man: Miles Morales from Insomniac Games and Marvel is going to be a PS5 exclusive game. The game features the latest adventure in the Spider-Man universe themed the rise of Miles Morales as he masters new powers to become his own Spider-Man.

Ghostwire: Tokyo by Bethesda Softworks is a next-gen action-adventure game coming to consoles exclusively for PlayStation 5 in 2021. The game happens in the mysterious world and the developer has taken full advantage of the power of the PS5’s next-gen hardware to create it stunning and immersive.

Horizon Forbidden West developed by Guerrilla Games, is a sequel of Horizon Zero Dawn is coming exclusively to PlayStation 5. The post-apocalyptic themed game continues Aloy’s story as she moves west to a far-future America fin search of new adventures.

Agent 47 is back for his final adventure. Hitman 3 — the last game of Hitman trilogy from IO Interactive is also going to release on PS5 in 2021. Check out the game trailer to find out what’s going on in the dramatic conclusion to the World of Assassination trilogy.

Godfall from Counterplay Games is another one of the PlayStation 5 games that is going to release in 2021. The trailer gives players a glimpse into the world of Aperion, weapon classes, a selection of Valorplates, as well as the fast-paced, melee combat that you can expect to enjoy in Godfall. The game also launches on PC this holiday season.

Project Athia from Luminous Productions is going to be company’s debut game, promises completely new and fresh gaming experiences that fuse together the latest technologies with art. In Project Athia, players can look forward to being transported to a vast and detailed world filled with beauty and dismay.

NBA 2K21 developed by 2K Sports is at pre-alpha PS5 development stage. Not much has been unveiled regarding the title as of yet, so check out the game teaser.

Deathloop developed by Arkane Studios is a new immersive first-person shooter coming to consoles exclusively for PlayStation 5 when it launches this holiday season. The game will also be launching on PC at the same time. The game features stunning and stylish environments, memorable combat encounters, and the freedom to tackle each mission at any pace and with any approach you choose.

Pragmata from Capcom is an elegant adventure game “set in a dystopian near-future on Earth’s moon.” The game isn’t launching until 2022, and we won’t be hearing any more about it until next year.

Solar Ash developed by Heart Machine, where the player journeys through the Ultravoid, a ravenous rift in space swallowing worlds. It’s a place of incredible danger and surreal spaces, and the characters must find solace in each other to make it through the spiral of despair they find themselves trapped in.

Bugsnax from Young Horses is a whimsical, narrative-driven adventure. Players have to investigate the mysterious Snacktooth Island, home of the legendary half-bug, half-snack creatures.

Goodbye Volcano High from Ko_op is a cinematic narrative game that touches on love, friendship, and self-realization in the final days of civilization.

Jett: The Far Shore from Superbrothers and Pine Scented is an interstellar action-adventure game featuring an emotional mix of storytelling and world exploration.

Stray from BlueTwelve and Annapurna Interactive is about the mysterious cat-adventure game formerly known as HK_Project. In the game, players have to guide a little cat who befriended a sentient drone in a futuristic walled city, devoid of life, to its way home, and perhaps help the city along the way.

The Pathless from Giant Squid is a mythic tale of an archer and an eagle in a vast forest who ventures to a mystical island to dispel a curse of darkness.

Oddworld: Soulstorm from Oddworld Inhabitants is a major visual and cinematic lead for the celebrated series, with intelligent new gameplay mechanics and twisted new devices to enable explosive deviousness.

Little Devil Inside from Neostream Interactive, set in a “Victorian-like” era, where the player has to embark on dangerous missions to gain evidence and findings for your employer, a mysterious professor.

All these games utilized PS5’s stunning graphic fidelity, mind-blowing 3D audio, and the DualSense Controller, to enhance the storytelling and artistic abilities to bring players closer to each game.