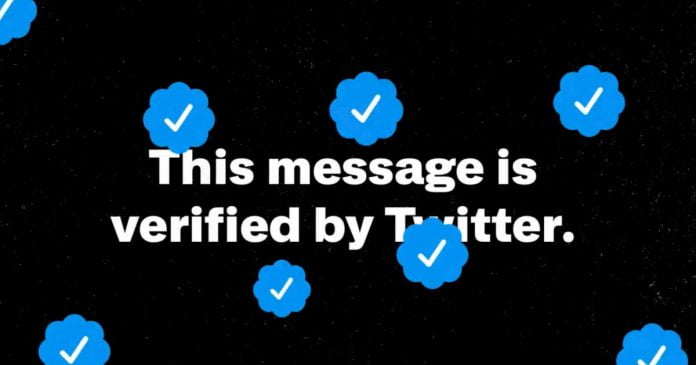 After the acquisition of Twitter by Elon Musk, Twitter’s new era of masks began. The platform first reported on Sunday that Twitter might soon conduct a verification of the Twitter Blue feature while quadrupling the cost of the subscription service. Users will be charged a $20 monthly fee to keep their blue tick.

The Verge also reported that Twitter Blue subscription prices have gone up from the already $4.99 monthly cost to a whopping $19.99 per month. It’s the same price as Netflix’s premium subscription but with significantly less content.

Due to Twitter’s proposed change, those who haven’t verified will buy the essentially coveted blue tick badge. Twitter only posts verified status from high-profile accounts, “prominent individuals or brands.” If the change is made, it will likely be possible to verify anyone who meets the other two criteria of being active on Twitter and verifying their identity.

Once Twitter’s new policy goes into effect, users can subscribe for 90 days or lose the blue tick. It is unclear at this time what happens to verified users in countries where Twitter Blue is unavailable.

Twitter Blue now allows users to edit tweets, upload videos in 1080p and see the most shared articles on the network. Use an NFT as your profile picture because if you’re paying for Twitter means you’re also interested in crypto.

In addition to being extremely unpopular with these changes, the way Musk seems to be trying to implement them also doesn’t get him many friends. According to Engadget, Employees at Twitter were informed they would be sacked if the new Twitter Blue pricing and verification system is not implemented by November 7. Work-life balance on Twitter has probably taken a big hit.

Musk seems to think the change to Twitter Blue will help increase the company’s profits. Still, if Twitter were to make verification a paid feature, many accounts would likely revoke their verified status without regret.