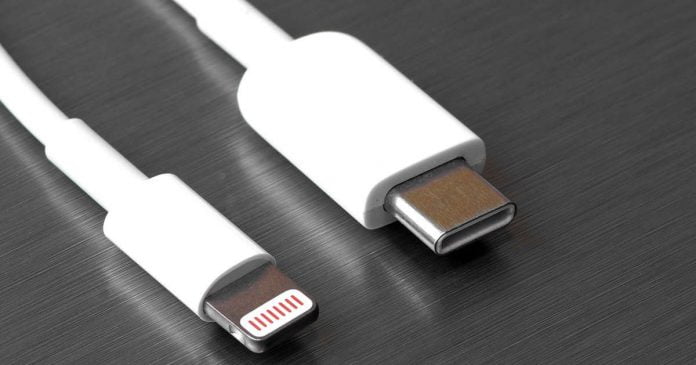 After the European Union made the USB-C connection mandatory in 2024, Apple had to give in — iPhones will no longer have a Lightning port in the future.

To comply with the new rule of the EU, the new electronic products marketed in the EU, such as smartphones and other gadgets, must feature a USB-C charging connector by the fall of 2024.

Many devices that fall under the new regulation already use USB-C. Apple is one of the few companies still using its proprietary Lightning port for iPhones and headphones.

The mandate will undoubtedly affect Apple the most when the EU decides to make USB-C the universal charging standard for the region. The company already has a USB-C port on its iPad Pro, but its biggest money-maker, the iPhone, still sticks to the Lightning connector.

At a Wall Street Journal event in Laguna Beach, California, Apple’s marketing chief Greg Joswiak confirmed that upcoming iPhones would have a USB-C port. As reported by Bloomberg and Techcrunch, Joswiak said that Apple would comply with the legislation passed by the European Union.

Apple has argued for years that a unified connector would slow down innovation. The EU, on the other hand, wants to reduce electronic waste with a uniform cable. According to Joswiak, however, Apple’s current solution with different adapters is better — the adapter cables for Lightning have either a USB-C or USB-A connector on the other end so that users can choose which is best for them. This makes it unclear why a USB-C port on the device would change this argument.

After months of silence, Apple seems to have put the matter under control and is now complying with the mandate, but Joswiak has left it open whether the switch to USB-C will take place in the upcoming models in 2023 or not until 2024.

Speaking at the Wall Street Journal conference in California, Joswiak recalled the previous confrontation with Apple when the EU tried to adopt MicroUSB as a common port. “If Apple had agreed at the time, they wouldn’t have invented the Lightning port or USB-C, which the EU now wants all their devices to have,” he said.

Following the EU’s move, US senators have also started pushing for the unification of charger ports across devices, and countries such as India and Brazil are considering similar moves.