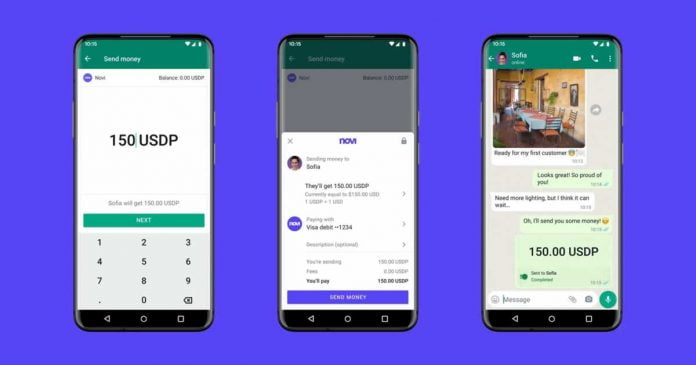 WhatsApp has just announced its first pilot program to allow cryptocurrency payments through the application.

The feature will be available to a limited number of WhatsApp users in the United States. Payments are made with Meta’s digital wallet, Novi, with a stable coin — Pax Dollars (USDP) — whose value is linked to the US dollar.

Stephane Kasriel, head of Novi, has ensured that payments made through WhatsApp are instantaneous and are free of fee. There are also no limits on sending money or a minimum or maximum amount allowed. Furthermore, Novi’s account has no maintenance costs.

The company emphasizes that the transactions, being part of the messages, are also end-to-end encrypted. Novi, in addition, ensures that the compatibility with WhatsApp also includes its monitoring service 24 hours a day. This allows you to detect unauthorized or suspicious transactions and reimburse the amount if necessary.

It is not the first time that the messaging app owned by Meta (Facebook) has shown its interest in cryptocurrencies. WhatsApp, in fact, trusted to be able to bring payments through digital currencies thanks to ‘Libra‘ — renamed to ‘Diem’, a digital asset developed by Facebook that never saw the light because of the concerns of different administrations and governments, as well as the rejection of companies such as PayPal o Visa, which initially agreed to collaborate with Mark Zuckerberg’s company.