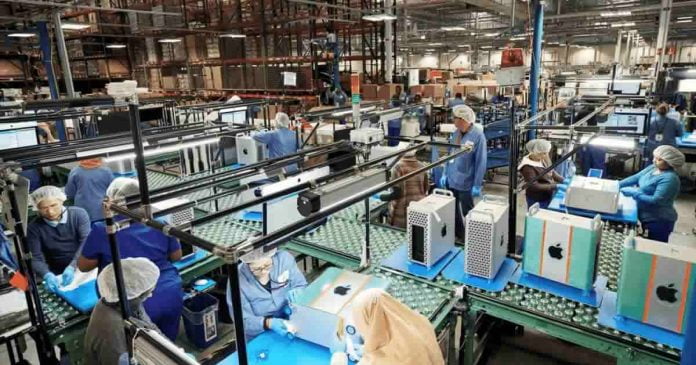 Apple has decided to limit leaks of its future products with new strict factory regulations and supervision. The Cupertino company has published new safety rules for its contract manufacturers.

According to The Information, Apple would be making a series of changes in its factories related to security and management. These new guidelines would be trying to avoid all kinds of leaks, including those of security or those of their products.

The most important partners included in this new regulation are, for example, Foxconn or Pegatron. This, of course, excludes workers from these same companies, even if they make Apple devices. Control of them is in the hands of these companies, not Apple.

When it comes to new factory regulations, Apple will require manufacturers to conduct criminal background checks on all their workers and calls for increased use of surveillance cameras at these facilities.

In addition, the movements of parts within the factories are to be monitored more closely. With the help of a special program that runs on Mac Minis in the production halls, it should be checked how long a component stays in a station and how long it is on the move. In this way, it should be determined, among other things, whether a contract manufacturer is secretly saving costs or whether a part is stolen.

Security guards are required to keep detailed records of employees moving sensitive components from one location to the next. In the future, factory visitors will always have to identify themselves with an ID. If components are destroyed, the records must be kept for 180 days in the future. In addition, vehicles are to be monitored with cameras from all four sides in the future.

When it comes to collecting biometric data, Apple will apparently be pursuing a two-pronged strategy in the future — contract manufacturers will no longer be allowed to take fingerprints and photos of people directly employed by Apple but of their own factory workers.