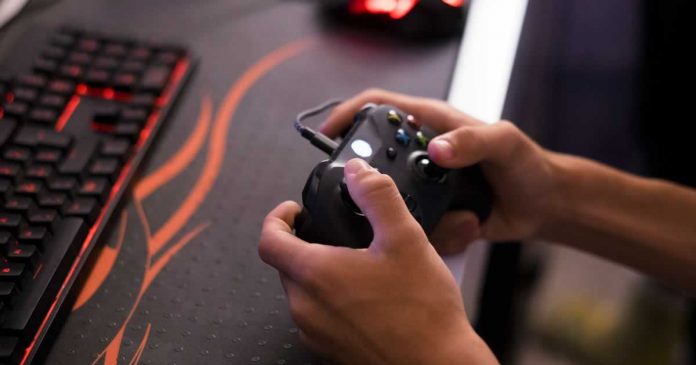 Online gaming and the gaming industry, in general, have been steadily increasing in popularity over the last decade. However, the last two years have seen the gaming industry experience a uge spike in popularity, largely due to the pandemic. As people were forced to stay inside for months on end, many people turned to the internet to keep them entertained and distracted from the world. Because of this, the online gaming industry has put in extra work to ensure that the user experience is the best it can be, and there are now always new updates to games.

As with any industry, there are always trends that crop up every year, and the gaming industry is no different. So, within this article, we will go over five gaming trends we think you should watch this year.

One of the first gaming trends we are going to discuss is online casinos. Online casinos and online gambling have become extremely popular, again, something that has been influenced by the pandemic. Many people turned to online casinos in 2020 as it meant they could still get the casino experience, in a covid-friendly way. Even after the casinos re-opened, a lot of people stayed dedicated to online casinos as they found them to be less stressful and easier to play. The great thing about online casinos is that you do not have the real-life business of a casino, which can add an enormous amount of pressure. At least with online casinos, you can take your time to play whatever games you want, without any outside pressure. If you have never played in an online casino before, a good place to look would be https://www.onlinecasinos.co.uk/ as they have a great selection of UKGC casinos to choose from.

Another popular gaming trend of 2022 is cloud gaming. Cloud gaming is still in the early stages of development, but it has been gaining a lot of traction within the gaming industry. As the name suggests, cloud gaming is a concept where instead of owning a physical game or downloading it to your console, you instead stream the game directly to your display through a remote server. The benefits of cloud gaming are that it means you can essentially access any game you would like, at any time. However, one disadvantage of cloud gaming is that it does rely on a strong and steady internet connection, which is not something that is always guaranteed. Although having said that, the world has seen how popular video streaming is, thanks to Netflix, so it is not a stretch to say that cloud gaming could be how everyone games in the next decade or so. Owning physical DVDs quickly became something of the past, so it is likely that we will see the gaming industry following a similar route.

Mobile gaming is a trend that has become popular due to the constant advancements in our phones. It seems only recently that the best game we play on our phones was Snake, and now our options for mobile gaming are limitless. Every few months, a new mobile game will make its way onto the scene and take over the internet. In 2013, Flappy Bird took over the world, even though the concept was so simple. That is the good thing about mobile gaming, often it is the simplest of games that perform the best, as they are accessible to everyone. Nowadays, everyone has access to a mobile phone, which means that anyone can get involved with mobile gaming. There really is no age limit or restrictions, as there is such a variety of games to choose from. Some opt for story-led games, while others are happy with a simple crossword puzzle. There is never a chance to be bored with mobile gaming as you will never run out of options.

Esports are another online gaming trend that has become popular over the last few years. Esports is essentially watching other professional gamers playing a game, just like how sports fans watch their favourite team play. Esports has gained a huge following within the last five years, so much so that esports will be featured in the latest Commonwealth Games in Birmingham. This is a huge breakthrough for the gaming world, as so often the sport of gaming is overlooked. However, it is clear that people are now seeing the appeal of esports and are willing to invest money into the industry. For those who enjoy gaming but are not very confident players, esports is the perfect middle ground where they immerse themselves in their favourite games. Just like other sports, esports has a selection of different players who sometimes perform together on a team, so you can go and watch a game and start routing for your team to win.

As our technology continues to develop, it is likely that we will see more advancements to the gaming industry. Online gamers have proven that there is a huge demand for online games, so it seems the gaming industry will continue to work towards meeting those demands.