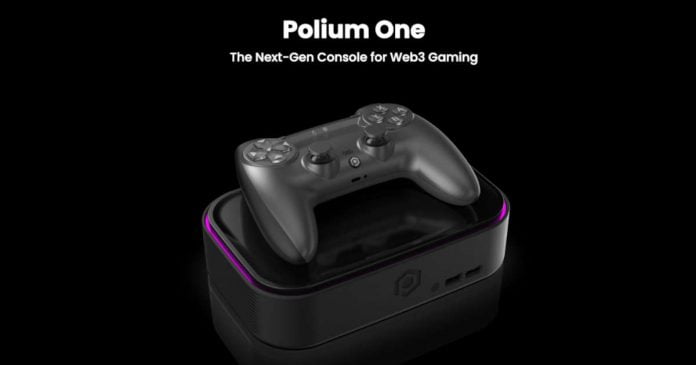 Polium, a company that develops gaming products for Web 3.0, introduced the Polium One — the first console to play games built on the blockchain. It will go on sale in the third quarter of 2024.

According to the official description, the console will be based on the ideas of blockchain, multi-chain, metaverse and NFT — it will be able to run “full-fledged traditional games” and, at the same time, offer unique content that allows you to “make money in games.”

Polium claims that its next-gen console for Web3 Gaming will be easy to use and powerful to run demanding games. Gamers who are not familiar with the concept of Web3 and blockchain will easily understand the features of the console, the company said.

Ethereum, Solana, Polygon, BNB, ImmutableX, Harmony, EOS, and WAX are the list of networks that will be compatible with the Polium One.

The console controller will include a fingerprint scanner for enhanced security, as well as a dedicated “wallet” button giving quick access to the user’s crypto wallet. Polium One will be able to play games in 8K resolution at 120 FPS and will support ray tracing technology. The creators of the device promise to demonstrate a prototype in November.

Although netizens believe that Polium One is hiding another crypto-based scam. It seems to many that the developers did not even try when presenting the concept of the console, and its logo is completely an inverted GameCube logo from Nintendo.